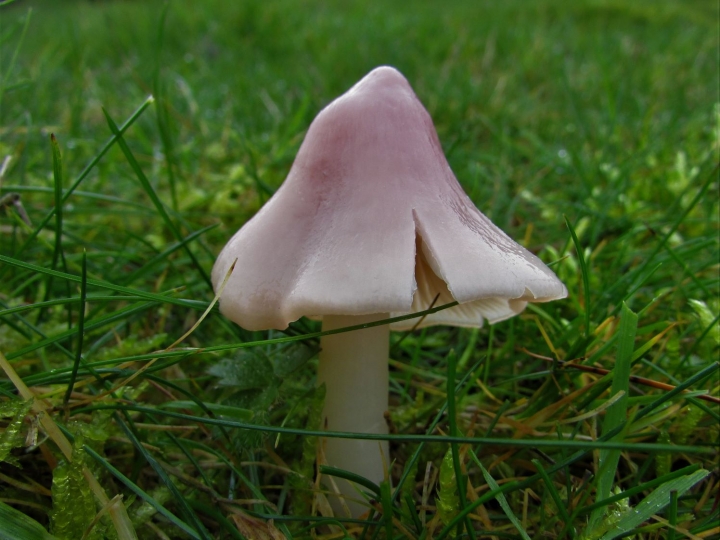 This is a rare and beautiful mushroom and is easy to identify with it’s sharply conical top and pink colouring so should be left alone to grow when found and only admired or photographed. 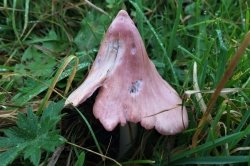 Pale to darker pink with a greasy feel. Acutely conical but flattening out and spitting radially. 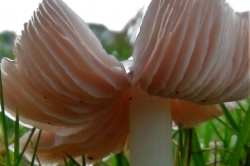 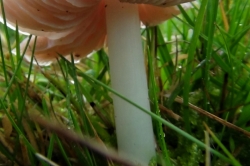 White but can have a pink tinge. 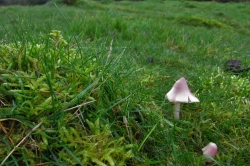 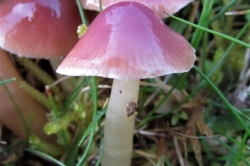 The very rare Jubilee Waxcap can look similar but is a deeper pink/purple, is not as sharply conical as the Pink Waxcap and the cap and stem are covered in slime.

This is a rare mushroom so should NOT be picked, it is also reported as not worth while in taste in some books.
Although rare it is most often found in Western England and Wales.
Waxcaps don’t like to be disturbed or sprayed so will be found where fields and woodland have been left alone.
It is now thought that waxcaps grow in association with mosses, before it was thought that waxcaps were saprophytic living or decaying organic matter.