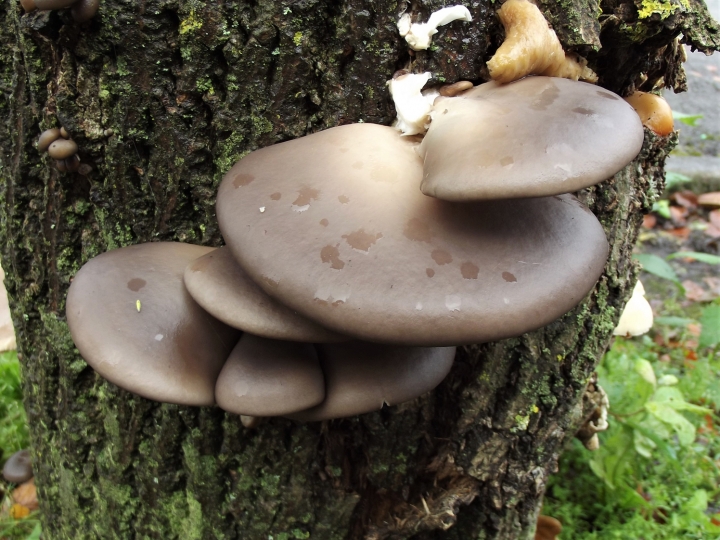 Fairly common but localised. Can be found in large numbers at any time of year but more common in the Winter months. 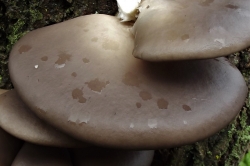 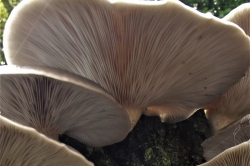 White but turning slightly yellow and running most of the way down the stem. Crowded. 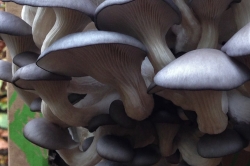 White and opening out to the cap when present as sometimes the cap appears to comes straight from the tree. 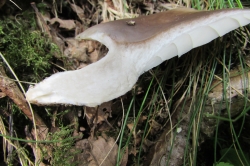 White. Tough in the stem. 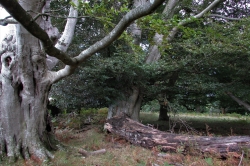 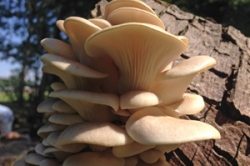 The Pale Oyster Mushroom, Pleurotus pulmonarius, pictured, is similar but paler and should be found in Summer unlike the Grey Oyster which prefers the colder months although either can grow at any time of year and it is thought they can hybridise making ID even harder.
Oysterlings look similar but never grow more than four centimetres across.
Angels Wings, Pleurocybella porrigens, which can be deadly if you suffer kidney disease. This is usually funnel shaped with a split so the funnel is incomplete. Rare and found mainly in Scotland.

The Oyster mushroom has some amazing properties one of which is that it is a carnivorous mushroom which traps and ingests nematode worms to provide it with nitrogen and other useful chemicals.
The Pleurotus family contain statins which are thought to help reduce cholesterol.
Another is the fact that they have the ability to clean up pollution by hydrocarbons like petrol and oil which is quite incredible.