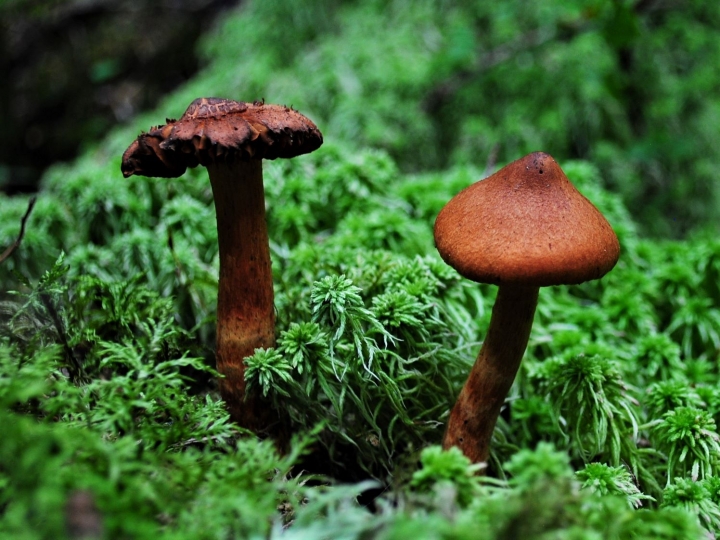 The Deadly Webcap can be hard to identify as there are quite a few orange/brown capped species in the Cortinarius genus. This Webcap contains orellanin, a deadly poisonous compound that can destroy the kidneys and liver and can take up to two weeks to show any symptoms by which time the damage has already been done. 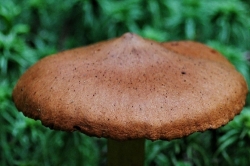 Reddish brown to orange. Starting convex but becoming clearly umbonate (has a raised and in this case slightly pointed centre). The cap is dry and can be fibrillose (slightly hairy or scaly). 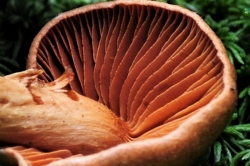 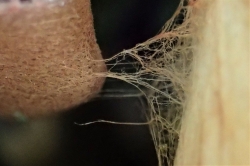 When young, a pale orange/brown cortina or veil (a cobweb like structure) will cover the gills. This will soon disappear but usually leaves marks on the stem that rusty brown spores will adhere to. 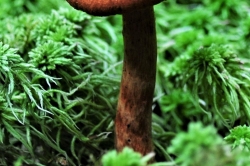 Orange to red/brown with zig-zag markings from the cortina. Has a slightly bulbous, tapering towards the apex. 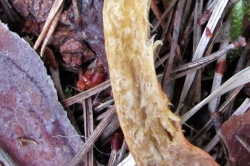 Off white with orange markings, especially towards the base of the stem. 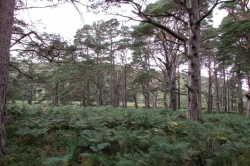 The deadly poisonous Cortinarius orellanus looks similar but does not have the zig-zag pattern on the stem.

Do NOT try a taste of this deadly poisonous mushroom. Has a radish like smell.

When young, the large Cortinarius genus is fairly easy to identify as they have a veil or cortina covering the gills. The cortina looks like a mass of spider web strands but this soon disappears, sometimes leaving a ring zone on the stem which rusty coloured spores will stick to and some strands will be attached to the edge of the cap. After identifying a mushroom as a Cortinarius the hard work begins. There are over four hundred species of Webcaps in the UK and many look similar to each other. As they can be so hard to identify and there are some deadly poisonous mushrooms in the genus, we don’t forage for them.