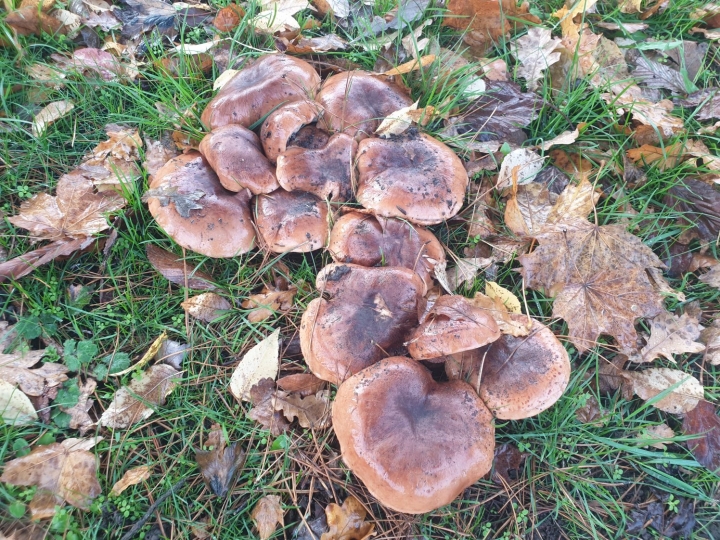 This is a large, frequent, and edible mushroom noted for its groups of ten or more caps – its scientific species name, decastes, means groups of ten. It often grows near gravel paths and roads and is associated with trees. Although a good edible it is also known to cause gastric upset in some people so only a small amount should be eaten first time. 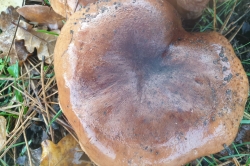 The caps are brown and greasy, reaching 10cm and exceptionally 15cm. They start off convex and flatten with age sometimes developing a depressed centre and frequently a wavy edge. 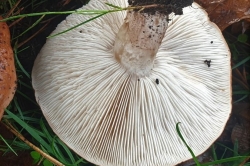 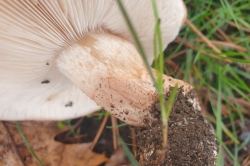 White with fibres running along the length, sometimes a few brown fibres. 1.5 to 2.5cm thick and 3 to 5cm long. Straight to slightly tapering at base. Often connected to nearby stems in the cluster. 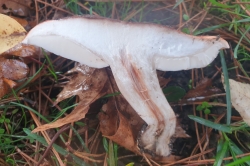 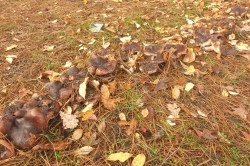 Growing from the ground, NOT on wood. Often near or in gravel drives, paths and roads. Frequently associated with trees in grass.

The clustered domecap could be mistaken for several poisonous species if it were not for its clustering habit which is a key identifier.  There is one similar brown capped mushroom growing in dense groups that is similar, the cucumber cap, Macrocystidia cucumis, is a poisonous lookalike, in respect to being a brown capped mushroom growing in large numbers. However there are significant differences. The cap edge is always pale, the stem brown darkening towards the base, and it smells of a cross between cucumber and fish – sometimes described as pickled herring! The taste is acrid, oily, and generally not nice.

Common and where there is one there are many!

D.N.A analysis has shown that the Clustered Domecap is in fact part of ‘species complex’ of 5 or more separate but extremely similar and closely related species and is sometimes now referred to as Lypophyllum fumosum s.l (senso lato = in the strictest sense).