Dalemain is one of the most beautiful and impressive stately houses in the north west of England, and is  part of the UNESCO world heritage site.

Situated in the heart of the Lake District, Dalemain is only 3 miles from Penrith, 2 miles from Lake Ullswater and the lake steamers, 6 miles from the Caldbeck Fells and is very close to the Pennines and the mountains of the English Lakes.

The name Dalemain means ‘manor in the valley’ and there has been a settlement in its position since the time of the Saxons. The first recorded mention of a building on this site, is of a fortified pele tower in the reign of Henry II.

Dalemain is the centre of the world for Marmalade. Jane Hasell-McCosh founded the World’s Original Marmalade Awards to celebrate her love for this orange preserve, with entries all over the world including Japan, Australia, South Korea, India and the Czech Republic. Visitors to Dalemain’s shop can taste a selection of marmalades that have been officially named the finest in the world, as well as Dalemain’s own range, which includes a 17th century recipe from the Dalemain archives.

The course starts with a short introduction on what to look for and a brief of the general countryside codes, where they relate to foragers.

Then we’ll set off on a roughly 2.5 hour walk around the grounds, teaching you how to identify the different plants, flowers, fruits and mushrooms that we find.

There will be a break along the way for some homemade refreshments such as our lovely wild mushroom soup and elderflower champagne.

After the walk we will end the day with a tasty wild food lunch based on what we have found. This will include some treats made from our recent finds, a wild salad that we will pick on the day, our wild mushroom pate, possibly some pickled chanterelles and some creamy wild mushroom pasta, then a seasonal dessert.

After the course we will email you a list of everything we talk about on the day; to help you remember what you have learnt. 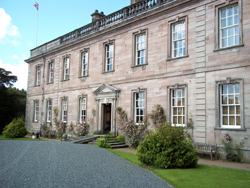 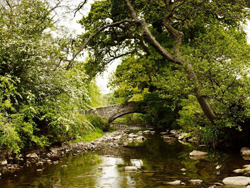 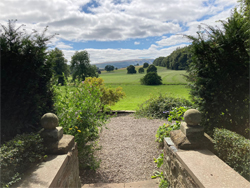